The Rolls-Royce Cullinan already proved it can off-road it on the slopes of Jackson Holewith grace and style, but an arctic expedition is an entirely different thing. So concluded concept artist, Abimelec Arellano, who reimagined the 2020 model as a burly monster truck built to tackle the icy tundra with ease.

“I wanted to combine the pure, bare-bones utilitarian style of the trucks used to explore, let’s say, the North Pole, and the complete opposite side of the spectrum, the ultimate luxury SUV,” Arellano tells Robb Report.

The tricked out Rolls takes cues from the off-road expedition vehicles built by a company called Arctic Trucks. Arellano was drawn to the massive fender flares and huge, puffy wheels on these brutes, along with their utilitarian nature. Although Arctic Trucks typically take Toyota or Ford pickups as the base for its purpose-built vehicles, Arellano opted for something with a little more pizzaz. 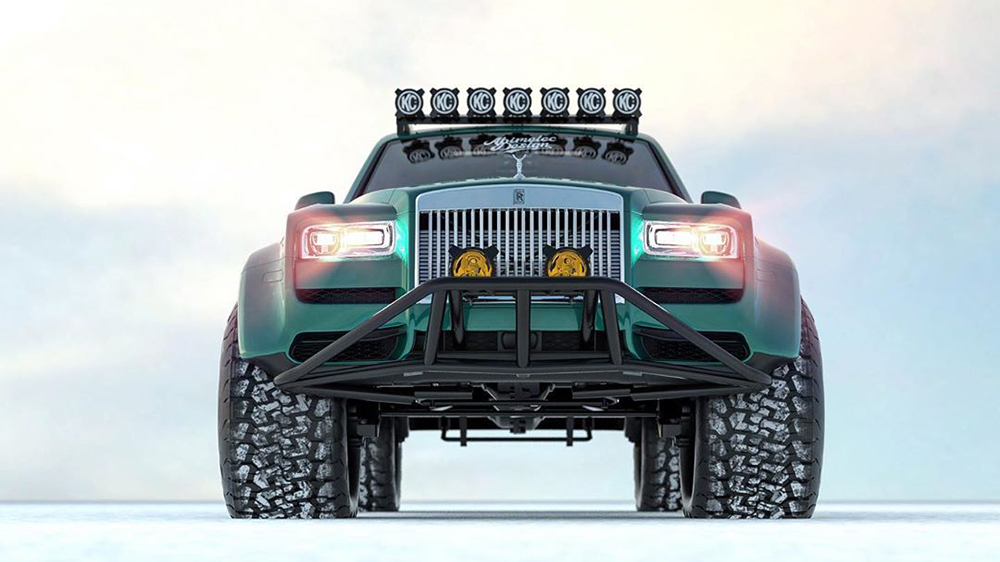 “The Cullinan is utilitarian, but, of course, it’s still a Rolls-Royce, so it has the sparkly chrome trim, metallic paint, bright leather interior with all the amenities, and the spirit of ecstasy displaying proudly in the front,” he says.

For the refit, the Cullinan has been equipped with menacing snow-tackling wheels and likely an upgraded suspension that together give it an imposing new height. It sports a new front anti-collision bar with two lamps, along with a roof bar that has additional seven lamps so nothing will remain out of sight.

At the rear, the Cullinan features a new bumper to shield its twin exhaust pipes. It’s also gained a full roof rack for securing extra cargo. The rack is fitted with yet another set of lights. 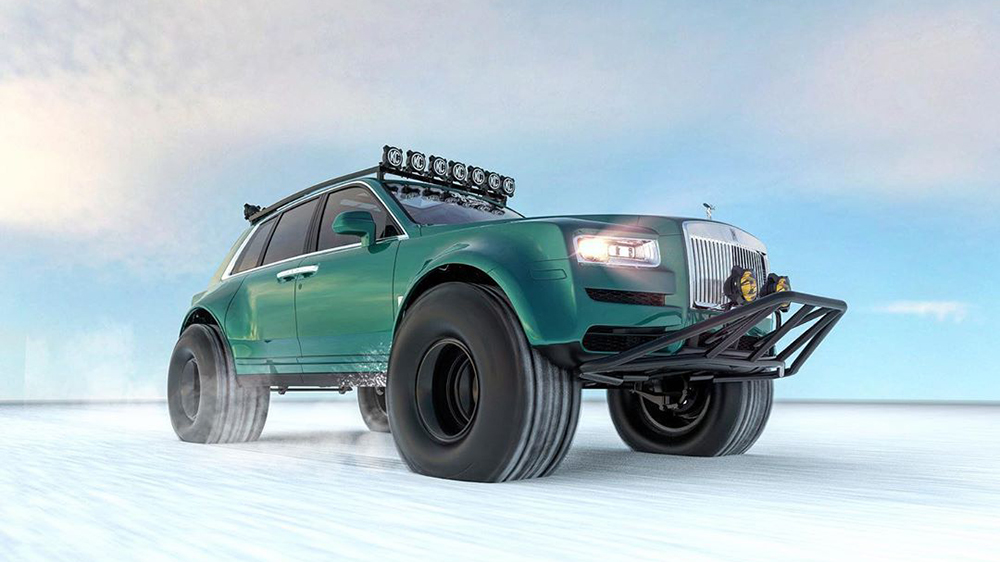 Under the hood, this Cullinan likely wouldn’t differ much from the original which sports a twin-turbo 6.7-liter V-12. Nor would it need to; the standard powertrain brings 563 horses that can propel the SUV from zero to 60 mph in 4.5 seconds. It also promises to be whisper quiet, riding on an air suspension that automatically adjusts its height using a road-scanning camera.

To be sure, the 2020 Rolls-Royce Cullinan is among the fanciest SUVs on the planet. Now, Arellano has taken the vehicle in a  new direction, and we have a new favorite snow mobile. Here’s hoping this concept becomes a reality.